No Name-Calling Week: Kindness and Empathy in The Nocturnals 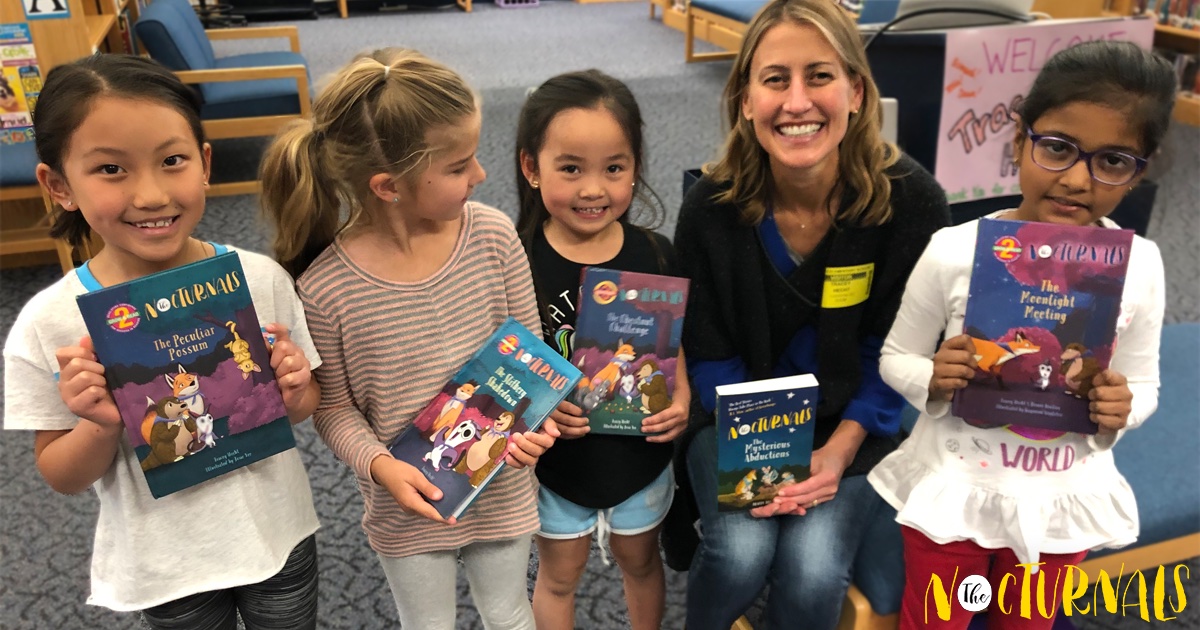 Next week is No Name-Calling Week, which brings awareness to the problem of bullying and teaches kids to respect other people’s differences. Often times when someone looks or acts in a way that seems different, it can feel unknown or even scary for kids. It may make them want to call that person names or treat them badly, especially if they think that person might be threatening.

As a parent and the author of The Nocturnals, I have witnessed bullying in children firsthand and know how important it is to discuss this issue with children at home, in school, and at the library. In my books, Dawn the serious fox, Tobin the sweet pangolin, and Bismark the wacky sugar glider meet many different creatures. Some of them look, speak, and behave in ways that might not seem ‘normal’. It would be easy for the Nocturnals to call these creatures names and cast them aside, but in my stories I try to show how it’s important to make friends with all different types of people (and animal species) especially as knowing people different from yourself often opens up the most special connections.

This is a lesson Bismark learns in the early reader book, The Peculiar Possum. When he meets Penny the possum, he calls her “peculiar.” He says that she smells different, and he’s especially upset that she’s taken “his” pomelos. But Dawn argues that the pomelos belong to everyone and points out that she and Tobin have befriended Bismark despite his quirks, and so Bismark should extend this same opportunity to Penny.

Parents and teachers can use the Nocturnals to teach kids acceptance by asking them about their own unique features and a time when they felt singled out or different. They can discuss what to do if kids witness someone being bullied and role-play how to intervene in a kind, helpful way like Dawn does in The Peculiar Possum.

When we stop identifying different as bad, we’re able to see how being different can be positive. During No Name-Calling Week, let’s follow the Nocturnals and be kind. As Dawn says to Bismark: “None of us are exactly alike. But that doesn’t make us peculiar. That makes each of us unique.” 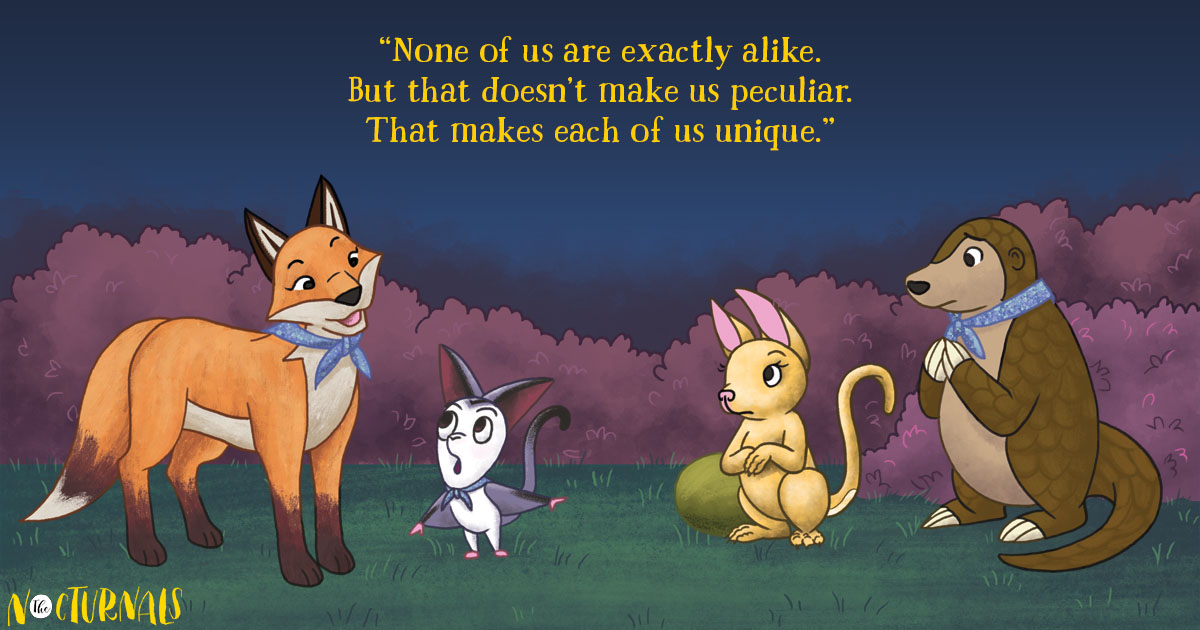