Raising Awareness for World Pangolin Day with Tobin the Pangolin! 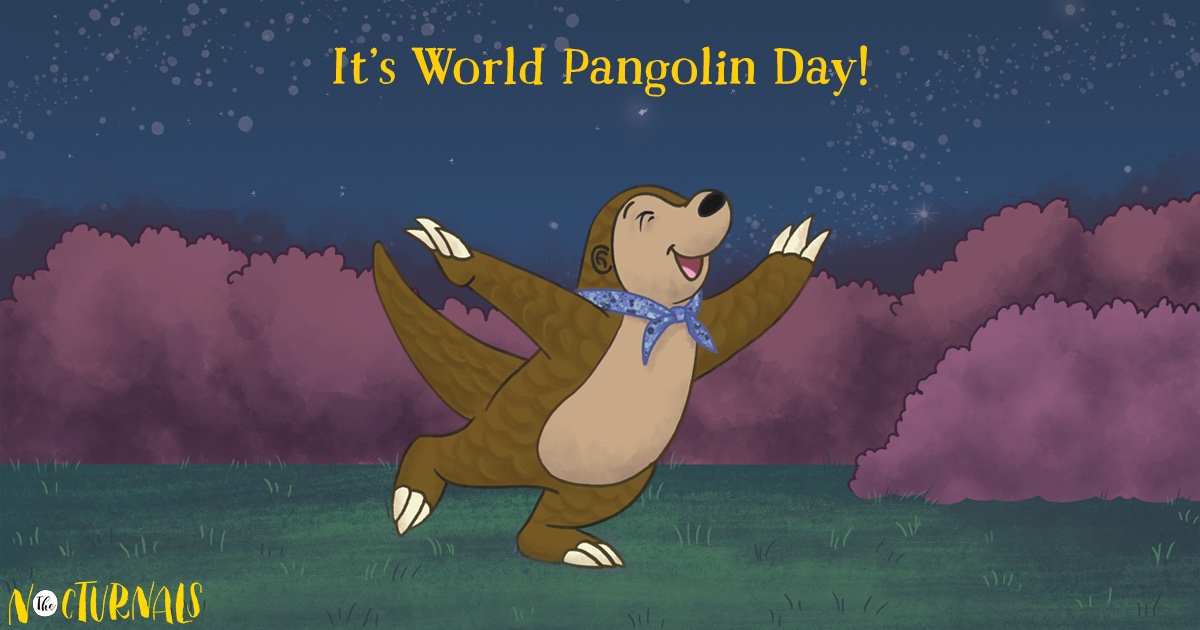 While writing The Nocturnals book series, it was really important to me to use the physiologies of the animals and their unique characteristics to inform and develop the characters and to enhance the plot and story dynamic. The details I learn about the nocturnal world constantly inspire and engage me. For World Pangolin Day (February 20, 2021), I am sharing some interesting facts I learned about pangolins while researching for Tobin, the sweet pangolin in the Nocturnals.

Pangolins are the most illegally-traded animal in the world, hunted for everything from their skin, to their scales, to their meat. While organizations like Save Pangolins work to preserve this species, by-and-large the public seems oblivious to the pangolin plight. By including Tobin as a main character in the Nocturnals, I hope to raise awareness for pangolins and their endangered status.

I’m sure you noticed pangolins are funny-looking creatures. What you may not know is everything is designed to help them survive. All of their physical features perform a specific job. For example, pangolins look like they wear armor. They have scales that are covered with keratin, the same material as our fingernails. Just like our fingernails, the keratin on a pangolin forms a hard, protective shell. Whenever Tobin is scared, he curls up in his scales as a way of protecting himself.

Not only do pangolins curl up to protect themselves, they also spray a foul smell to ward off predators. This smell comes from the scent glands at the end of their tails. Remember when Bismark the sugar glider complained about how stinky Tobin was when they first met? That was because Tobin sprayed his odor when Bismark startled him. In The Mysterious Abductions, Tobin explains to Cora the wombat that when he’s afraid, he sprays an unpleasant smell from his scent glands. This reaction helps deter whatever scares him. Sometimes, Tobin is embarrassed by his bad smell, but he shouldn’t be! Spraying that odor helps him survive.

Pangolins also have very poor eyesight. When he first meets the bats in The Mysterious Abductions, Tobin thinks they are the same creatures as Bismark because he can’t see very well. But pangolins have other senses—like smell and hearing—that compensate for their poor eyesight. Their long snouts make their noses very sensitive. Instead of seeing something, they can detect its presence by smelling it. When the Nocturnals are playing the NOCHOC game, Cora reminds Tobin to use his keen sense of smell to find the tarantula, instead of trying to see it. She also reminds him that he doesn’t have to see the puck, just listen for it.

Find out more about The Mysterious Abductions, the first chapter book in The Nocturnals middle grade series.

Learn more about pangolins and their special features with these resources: